Lob is our insurance that a message is always received no matter what, as our mission is basically to be the USPS of official correspondence - we take delivery very seriously. Lob has played a critical role in delivering messages from individuals to their elected officials. 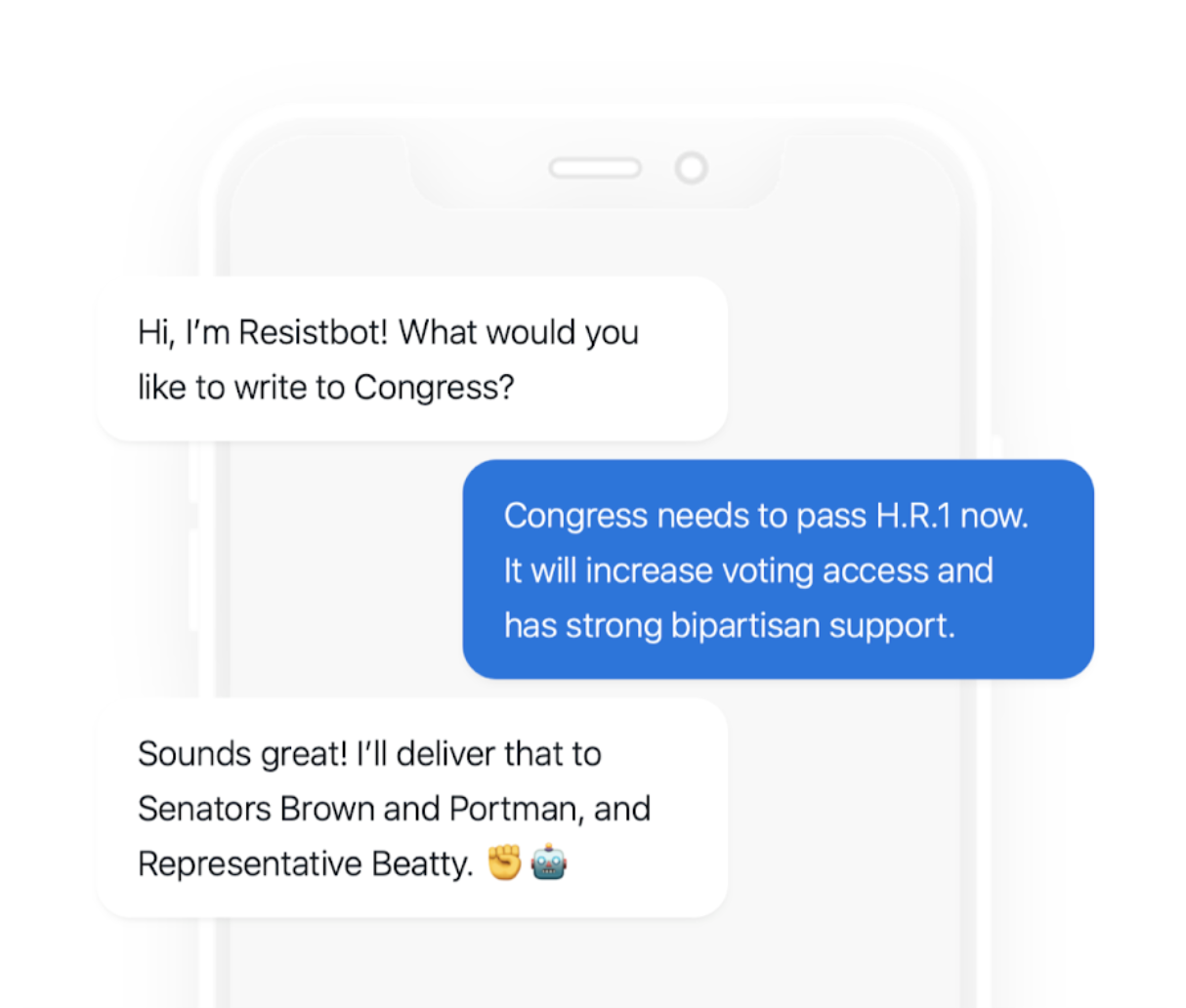 Resistbot provides an easy way for individuals to advocate for government accountability. They are an intelligent message router that takes a text from an individual and composes it into a letter to a representative and then finds the best way to deliver it. Through their technology, they find the quickest way to deliver that message through existing constituent systems, which happens through a mix of webforms, email, faxing, and direct mail.

Their ideal user is the individual activist who wants to make an impact and be a connector in the community. In the past couple of years, they’ve built systems for people to build their own campaigns in addition to the one-to-one interactions.

Resistbot started with a few volunteers and a Slack team and has since sent more than 30 million letters. Initially, all of the communications were sent by fax, but they quickly added mail delivery, which is when they started to use Lob.

Resistbot uses Lob’s Print & Mail API to help people deliver messages to officials by converting a text message into a letter. It’s simple. When an individual texts “RESIST” to 50409, Resistbot will guide them through a text conversation to identify what message the individual wants to send, and to which elected officials: from the mayor to the President. Direct mail through Lob is still the way that Resistbot is able to get to a lot of smaller government offices that may not have email or web forms yet.

Direct mail provides a reliable, direct line to representatives. A couple of years ago, Resistbot saw a huge spike in mail when a Texas politician and his staffers unplugged all of his fax machines thinking it would cut off the voice of the people but instead gave themselves way more work -- this action triggered 100,000 real letters through Lob to be sent his way. Mail is a powerful communication channel and ensures that constituents’ voices are heard and that elected officials can be reached, especially when they can’t be reached electronically.

In 2018, Resistbot helped users pre-fill more than 10,000 voter registration forms via text that were then sent through Lob. Their goal was to help more people register to vote by removing as much friction as possible. To do so, they built technology that allowed individuals to pre-fill their voter registration forms online. This information was populated in the correct format, mailed to them with a stamp and envelope, and all they had to do was sign it, and pop it back in the mail.  ‍

It takes 2 minutes to reach out to your representatives - try it out today by texting RESIST to 50409 or visiting their site to check out ongoing campaigns!

How Booking.com Saves Thousands of Hours & Reduces Fraudulent Activity by 97%