In 2020, there was a groundswell of people wanting to contact their reps in Congress to express their outrage about various policies. I read that paper mail was the best way for constituents to ensure their message is seen and recorded, especially as many congressional offices stopped answering their phones. 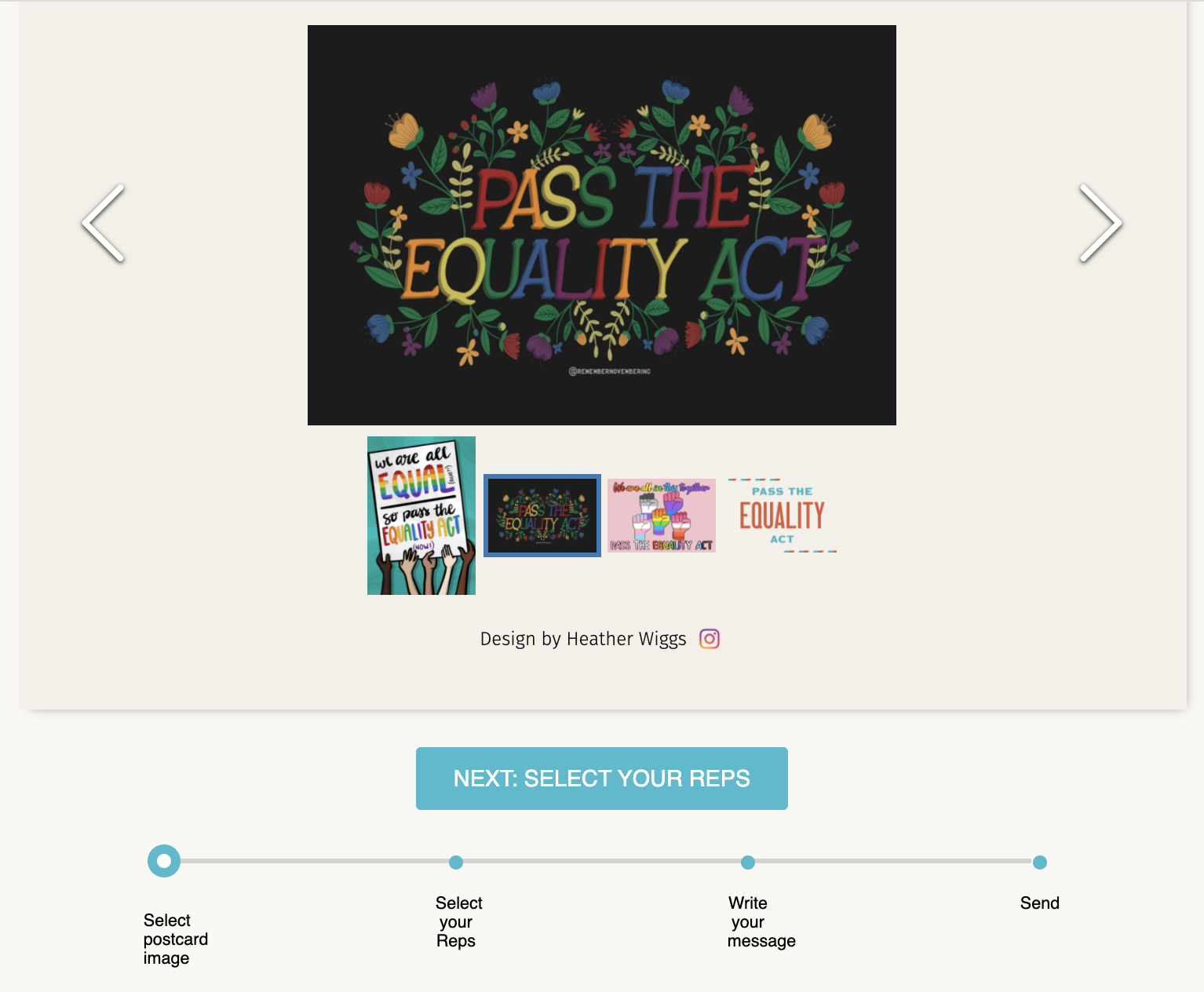 Congress.Cards expanded their reach in the summer of 2020 when the murder of George Floyd and the subsequent protests challenged the country to address racial inequalities in the US. Everyone Knittel knew was looking for a way to make an impact and be a part of a nationwide movement. While Congress.Cards does not position themselves as a replacement for real activism or real philanthropy, they believed people could appreciate one small, easy way to make an impact. In the height of the protests, they sent thousands of postcards to Congress demanding police reform and other racial justice legislation and donated thousands of dollars to the NAACP Legal Defense Fund. Knittel said, “For our team, it felt good to contribute to this cause, and validating that our little project was helping thousands of people speak truth to power.”

Congress.Cards is an activism enablement tool, which helps people in the US to contact their representatives in Congress via direct mail. Knittel noticed a groundswell of people who wanted to get in touch with their representatives to express their outrage. He read that many congressional offices stopped answering phones and that direct mail was the best way to ensure the message is seen and recorded. With the partnership of developer Andreas Groos, they were able to build Congress.Cards on top of the Lob API.

Congress.Cards uses Lob’s Print and Mail & Address Verification to send postcards. When they were searching for a mailing platform, they soon realized Lob was the only service that did exactly what they needed. Their process includes them sending the postcard details to Lob via the Print and Mail API, and from there the postcard mailing process begins as soon as a user hits send. They offer a variety of images from grassroots artists and activists and allow users to customize and mail a postcard for just $2. For every card sent, $1 is donated to a related cause. Causes have included the Human Rights Campaign, NAACP Legal Defense Fund and Everytown for Gun Safety. Knittel shared that the API is easy to work with and the reporting is helpful for accounting and for sending out their quarterly donation payments.

Congress.Cards is a Lob for Good customer. Through our Lob for Good program, we offer discounted products for organizations that are fighting for systemic change against racial injustice. Learn more here.