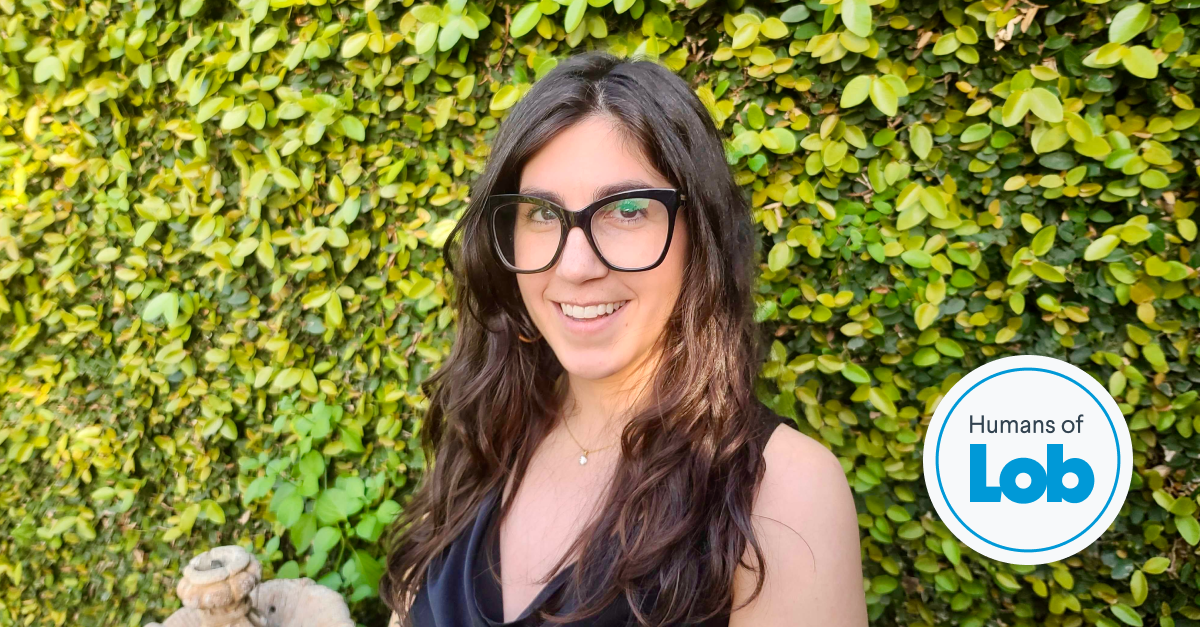 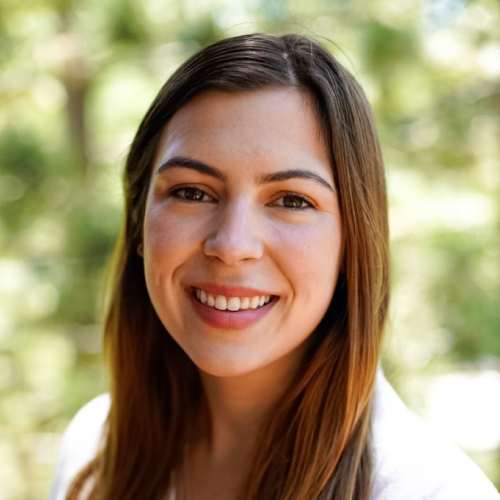 Humans of Lob is a project dedicated to getting to know our Lobsters on an individual level. We sat down with our Senior People Business Partner, Taylor Thomas-Kuczeruk.

Tell us about your upbringing in childhood. What was it like?

I grew up really independent. Growing up I went to a lot of live music early on. I was good friends with people who played in bands, so we were always going to battle of the bands and little shows, which instilled in me my love for music. Miami was an interesting place to grow up, in general. It's super multicultural, which was awesome to have the experience of eating a lot of different cuisines and being around different cultures.

What was the first movie you remember seeing in theaters?

The first movie I remember seeing in theaters… I don't know if I can think of the first but the one that stood out to me was this crappy early 2000s horror movie called Darkness Falls. I remember it distinctly because it terrified me. The whole time I covered my eyes, and then I slept at my friend's house that night and we had to keep the lights on. That movie scared the living daylights out of me! Now I watch it and it’s the cheesiest thing I’ve ever seen. But I think that's the first movie that I remember being in theaters for. I wasn't allowed to watch PG-13 or even R rated movies, but my best friend's mom would take us to see all of the scary movies when we were 13! That’s what I remember most.

What made you want to work at Lob? Or how did lob come into your life?

Lob came into my life purely by accident. I was an early childhood educator for about six years. I was living in San Francisco, and we all know SF is expensive and early childhood educators are not well paid. After a few years of scraping by, my husband  sat me down and very sweetly and matter-of-factly said, ‘we need more income. You need to make more than minimum wage because we can't afford to live in San Francisco’. He was right, honestly. I remember saying, ‘who would want to hire me if I have no experience’.  Interestingly enough, I was looking on Craigslist and saw an anonymous job post. It said something along the lines of ‘seeking: office coordinator for tech company,’ and it said they had smash tournaments, people walked around barefoot, and in the description they had a ‘no assholes policy’. Outside of wondering if it was a scam, I was sold! Lob was one of two companies I applied for, and Lob reached out and the rest is history! I started a little over three years ago. It was the dogs that sold it for me. Dogs? Free snacks? I'm on board.

I started as the office coordinator and I was in that role for a few months before our then VP of People pulled me aside and told me they were going to hire an executive assistant and asked if I’d be interested. I started that and I was supporting her for a while. Then I took on supporting finance and marketing as well. I supported people, finance, and marketing for about a year and a half. In that time I used my learning & development stipend to do a coaching certification program. I realized through the program the parts of my job that I really valued were not the EA duties. Wondering what I might want to move into, I landed on a Human Resources Business Partner role. I went to my VP and said, ‘I want to integrate more coaching into my role and I don't really want to be an EA anymore’. She said, ‘ how about an HR business partner?’ and I was like, ‘funny, you should mention that, that's exactly what I was thinking’! We worked closely to develop the capabilities I needed to move into the role as we waited for the role approval. I moved into that role a little over a year ago and that's where I am now!

What do you love about your job?

I love the coaching piece of it. That's what I value the most. I enjoy being able to have conversations with people with no agenda of my own, only to support them. Whether it’s how to give tough feedback, how to navigate an underperformer on their team, or a tricky employee relations issue – it's really meaningful for me to be able to positively impact people's experience. There are many tough conversations, but I trust myself to handle those conversations with empathy & care. I do those things well, it makes me feel good knowing that I am giving people the best possible experience, even in a crappy situation. My goal in life is to positively impact people and I'm able to do that in this role.

What's one thing that surprised you about working at lob

It surprised me how when I started we were only 50 people and now we're 200 plus and we have maintained the character of Lob. Keeping the heart of the people we hire, there is a type, a Lobster type. There is a quality that has transcended regardless of what stage we've been at. It's surprising to love everyone I work with from 50 people to now 200! It 's mind blowing to me that consistently everyone I meet, I think, ‘you're great and I love you’. It testifies to our fantastic Talent team.

Do you have any hidden talents?

I learned this from my dad. I can stack a bunch of quarters on my elbow and then throw my hand down and catch them all! The lamest thing. I can do that! Also, I can run a darkroom from start to finish, from developing film to making prints. I was briefly a photography teacher at a summer camp. The whole act of developing film is so fascinating. You have to do it in the dark and your hands are in an opaque bag with the film and you're doing everything by touch and memory. It’s very tactile. It’s incredibly satisfying and meditative.

If money was no object, what would you buy?

I would travel! I would buy a house and decorate it. If money's no object I’d love to really design my space. I would buy a bunch of clothes because I do love fashion. Then I would just travel and eat good food and drink good wine and see music and theater and then that'd be a great life.

If you could live in any city, where would it be and why?

Who is someone you admire and why?

It's always gonna be my grandma. She is the coolest person. She's 88 now and she’s a spring chicken! She has the best fashion sense. She is a Capricorn so she is just completely herself. She's super sweet and super fun and genuinely cares about people. When my aunt was diagnosed with multiple sclerosis, my grandma would climb mountains, like Kilimanjaro, she climbed to the base camp of Everest, and Fuji Mountain to raise money for multiple sclerosis. When my grandpa got diagnosed with Parkinson's, she kept doing it for Parkinson's too. She is incredibly well traveled and athletic. She was a teacher. She worked at the Chanel counter, she's just a badass. Her name is Ilene, but she goes by Iloo. Whenever the whole family is together, she says ‘whoever is having a goodtime? Say Iloo! I mean, I do!’. It’s this little chant that she does. We got matching tattoos when she was like, 85. She's my favorite person.